"Her parents immigrated to the United States from Ireland during the Great Famine of the 1840's. The couple had five children, but two died in their infancy. Sullivan and her two surviving siblings grew up in impoverished conditions, and struggled with health problems. At the age of five, Anne contracted an eye disease called trachoma, which severely damaged her sight. Her mother, Alice, suffered from tuberculosis and had difficulty getting around after a serious fall. She died [1874] when Anne was eight years old." (Anne Sullivan Biography).

"Trachoma is a disease of the eye caused by infection with the bacterium Chlamydia trachomatis. It is a public health problem in 44 countries, and is responsible for the blindness or visual impairment of about 1.9 million people" (World Health Organization).

After Anne's mother passed, her abusive father, Thomas, abandoned her and her two younger siblings. Anne and her brother were sent to the Tewksbury poorhouse. No one knows what happened to Anne's younger sibling but, "some reports say that Sullivan also had a sister who was sent to live with relatives" (Anne Sullivan Biography). 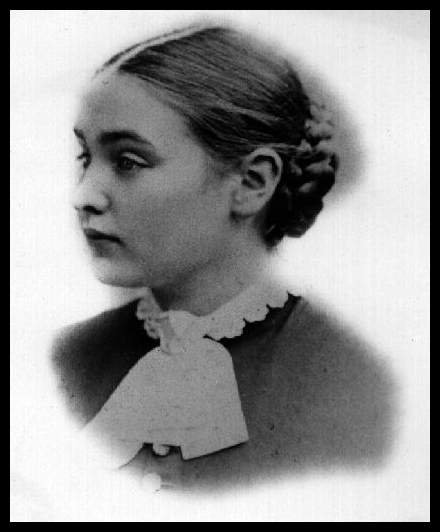 Side Profile Picture of Anne Sullivan [1881].

American Foundation for the Blind

"Her years at the poorhouse were 'a crime against childhood,' she later remembered - Anne Sullivan" (Anne Sullivan | History). 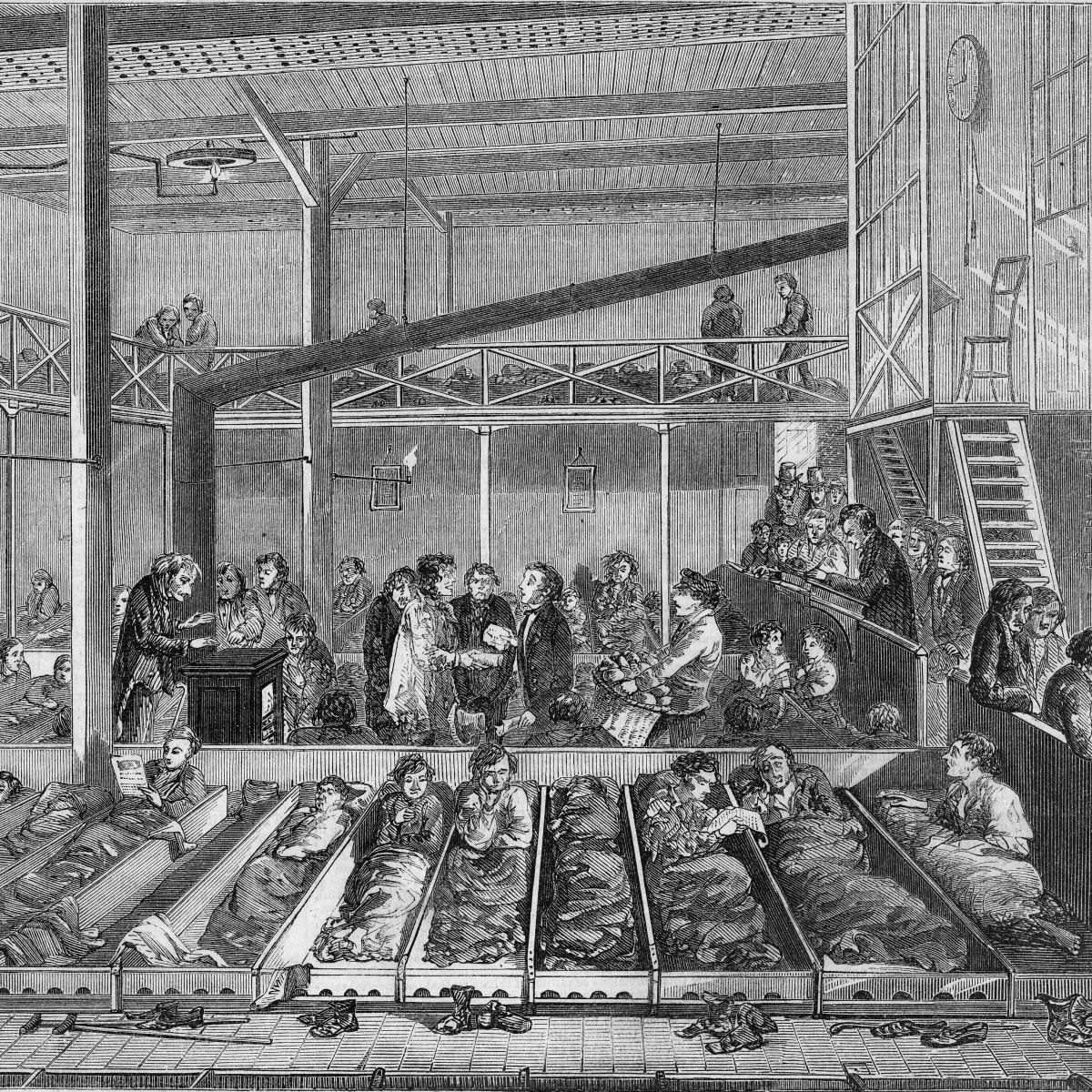 Iron Cots in the Destitute Home.

Despite the horrors at the poorhouse, Anne developed grit, independence, and determination which was the foundation of her future self. 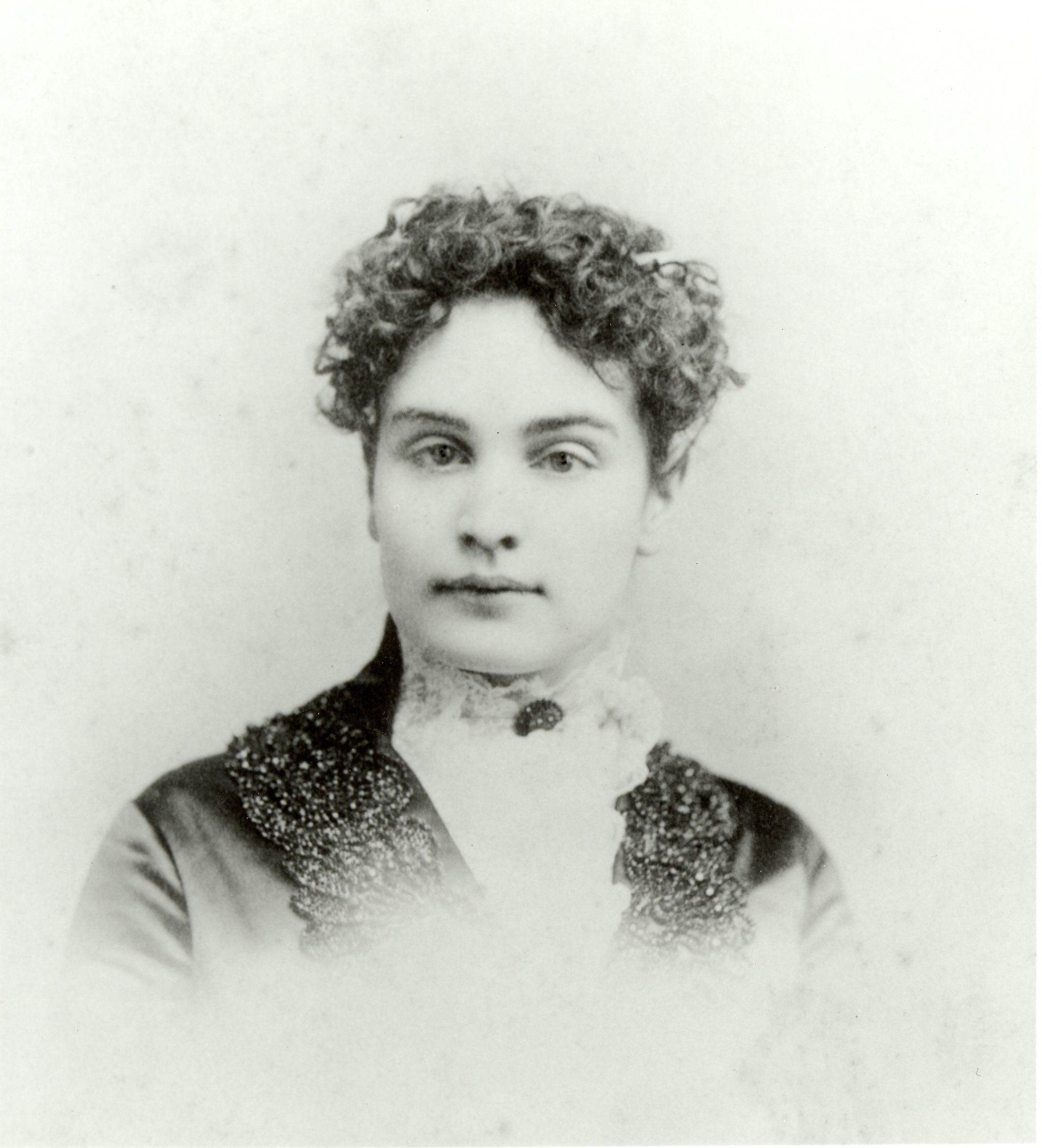 [Perkins School for the Blind Archives]

All throughout the 1800's a poorhouse was "a facility designed to house poor people in a time before social services" (Anne Sullivan | History).

They were also created to "punish people for their poverty" (Anne Sullivan | History).

"As Anne and her brother slept on the institution’s iron cots in a gigantic dormitory, rats ran up and down the spaces between beds" (Anne Sullivan | History).

"She suffered from fits of rage and streaks of terror. She would reflect upon her experience at the poorhouse, saying it left her with "the conviction that life is primarily cruel and bitter. - Anne Sullivan, 1887." 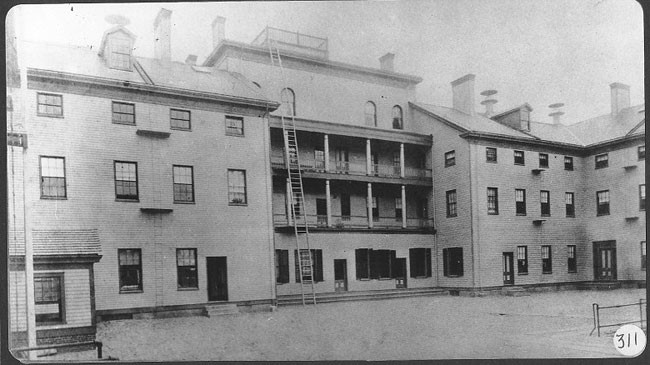 [American Foundation For the Blind]

"Early in her stay at Tewksbury, Sullivan learned from a resident who was blind that there were schools for blind children. Realizing that her best hope lay in getting an education, her ambition to go to one of those schools became the central focus of her life" (Perkins School).  This was the way Anne escaped poverty.

"On the day of their visit, Anne followed them around, waiting for an opportunity to speak. Just as the tour was concluding, she gathered up all of her courage, approached a member of the team of inspectors, and told him that she wanted to go to school. That moment changed her life" (Anne Sullivan | Perkins School for the Blind).

"Unexpected good has filled the chinks of frustration in my life. But at times melancholy without reason grips me as in a vice. A word, an odd inflection, the way somebody crosses the street, brings all the past before me with such amazing clearness and completeness, my heart stops beating for a moment. Then everything around me seems as it was so many years ago. Even the ugly frame-buildings are revived. Again I see the unsightly folk who hobbled, cursed, fed and snored like animals. I shiver recalling how I looked upon scenes of vile exposure—the open heart of a derelict is not a pleasant thing. I doubt if life, or eternity for that matter, is long enough to erase the errors and ugly blots scored upon my brain by those dismal years" (American Foundation For the Blind).